Well, just because I've been on a break over the Summer festival season doesn't mean that the industry has slowed down any. So, here's a couple news updates over the past couple months that you might have missed.

1. Medusa to be directed by Lauren Faust
Back in June, Sony pictures announced that they will be producing an animated film based on the Greek mythological character "Medusa" and directed by Lauren Faust, the woman who masterminded the relaunch of Hasbro's My Little Pony franchise. More info can be found at the following Animation Magazine article: "SPA Buys ‘Medusa’; Lauren Faust to Direct".

2. Dawn Brown and crew hard at work on House of Monsters: the stop-motion web series
As per the two latest updates from Dawn Brown, they've finished the lab set and are hard at work on the village set. Best of all, they just received a new 3d printer for creating puppets. If you'd like to follow their progress, be sure to like their Facebook page for more updates.

3. Christina Miller new President and General Manager at Turner Broadcasting
Back on July 16th, Animation Magazine reported that the former SVP for Cartoon Network Enterprises and former SVP of brand licensing for HIT Entertainment is now in charge of Cartoon Network, Adult Swim, and Boomerang. You can read the entire article here. 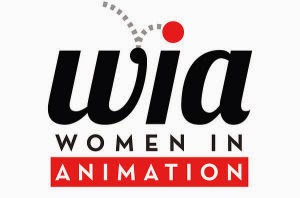 4. Women In Animation launches mentoring pilot program
This summer, the international organization "Women In Animation" launched a program in the Greater Los Angeles area designed to educate and support women animators in their careers. While the deadline for applicants has passed as of last Friday, if the pilot program is successful, plans are in the works to extend this program in other WIA chapters. More on the program can be read in the following Animation Magazine article: WIA Launches Mentoring Pilot Program.

Posted by Charles Wilson at 2:13 AM