Just in case you missed it: 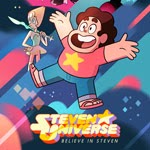 According to Animation Magazine, the 'Steven Universe' premiere on November 4th became the network's "most watched series premiere to date in 2013 among kids 6-11 and boys 6-11...".

You can read the entire article here. on Animation Magazine's website where they summarize the show's Nielsen ratings and discuss a little bit about Rebecca Sugar's show.

Additionally, Cartoon Brew has an article on Rebecca Sugar, Cartoon Network's "First Solo Woman Show Creator" which can be read on their website at the following link.

To read more about her show, Cartoon Brew has an article that discusses it here, and they are doing recaps of each episode every Tuesday (Steven Universe screens on Cartoon Network Monday nights at 8 p.m.

I'm not going to wade into the discussion about how it took CN twenty years to greenlight a show by a woman creator. I'm sure that there are others who could discuss the issue far better than I. However, I do want to draw attention to a comment that Amid Amidi made in his Cartoon Brew post on October 5th, 2012:

"Sugar is also among the new generation of creators who established a reputation online before attracting the attention of the animation industry. Contrast this to the path of animation creators past (Seth MacFarlane, Genndy Tartakovsky, John Kricfalusi) when artists remained largely anonymous to the public before being made famous by their shows. It’s a turning point in animation culture—artists no longer need the reach of a network to establish a fanbase, and further, networks now mostly react to trending artists instead of launch new careers."

In my personal opinion, Ms. Sugar's success is just more evidence that with the cost of tools decreasing, the proliferation of schools teaching animation skills and software, and the opportunity to reach a world-wide audience for pennies via the Internet, there has never been a better time for women to create animated films and share with the world their unique voice, stories, and perspectives. Hopefully, we'll see more shows with a woman at the helm sooner rather than later.

The thing that I picked up on immediately in the pilot--and found very refreshing--is the love for their little brother that the three older sisters display on the show. In the pilot episodes, Steven was not treated like the typical annoying kid brother who always gets in the way. Rather, the way in which Ms. Sugar is writing the show portrays Steven and his sisters in a far less cynical light and with a warmth and humanity that is really missing from television. These four characters seem more like a family as opposed to a series of random individuals who backstab each other when it suits their own purposes. I do hope that Ms. Sugar continues this theme of being siblings without the sibling rivalry as the series progresses. We have enough snarky, selfish characters on television as it is.

One last note: Cartoon Network has released the Preview and first episode of "Steven Universe" for free on iTunes if you'd like to see what the show's all about for yourself. 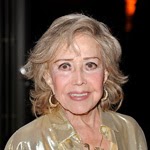 Back on November 4th, it was reported on Animation Magazine that June Foray will be voice acting for an 'Rocky & Bullwinkle' short film. Ms. Foray will be reprising her role as Rocket J. Squirrel and the short will screen before Dreamworks Animation SKG's film 'Mr. Peabody and Sherman'.

The entire article can be read on the Animation Magazine website.

It's been a busy fall for Women in Animation. So over the next week, I'm going to try to catch up with as much news as possible. Sorry about the data dump, but I've been really busy!

To start out, from now until the end of November, as part of their Get Animated program, the National Film Board of Canada is streaming Martine Chartrand's award winning paint-on-glass animation "MacPherson" for free.

MacPherson tells a story of the friendship between Félix Leclerc and Frank Randolph Macpherson.

According to the NFB's synopsis: "An inveterate jazz fan, Macpherson inspired Leclerc, who wrote a song about the log drives and entitled it “MacPherson” in honour of his friend."

The video can be viewed at on the NFB website: "http://www.nfb.ca/getanimated/macpherson_en/"

and the trailer can be viewed below:

MacPherson will be availble online for free viewing until November 30th.

MacPherson is currently available for Home and Classroom use on the NFB website for $3.95 CAD for an SD version and $5.95 for an HD version at the following link: http://www.nfb.ca/film/macpherson_fr/download/.

* Image used in this post copyright National Film Board of Canada

Recently, six visual development artists working in the field of animation on such blockbuster films as the Lion King, Enchanted, Tangled, Frankenweeknie, Wreck-it Ralph, Paperman, and Frozen, have started their own Kickstarter project for an art book that would showcase their personal work. Claire Keane, Lorelay Bove, Victoria Ying, Helen Mingjue Chen, Brittney Lee, and Lisa Keene have pooled their considerable talents to create "Lovely", a companion book for an art show of their work that will premiere in Paris the summer of 2014.

As of this post, fourteen days into their campaign, their project has already met it's modest goal of $7000 by raising a whopping $63,993! With another fifteen days left, these women of animation are working towards their stretch goals which provide more value-add items to people who pledge funds to help bring this project to life.

For a modest $25 pledge, backers will receive a lovingly rendered 8"x10", hardbound, and full-color artbook filled with original artwork created by women in animation. However, there are currently nineteen levels of pledge support that provide more rewards for those who would like to contribute more to this project.

I encourage everyone to view the video above, if you haven't already, and then visit their Kickstarter campaign page for samples of their artwork. If it strikes a chord with you, as it has with me, please consider making a pledge and support these talented women in animation.

Images and videos used in this post are copyright the original holders and used with permission to promote their Kickstarter campaign.
Posted by Charles Wilson at 10:17 AM