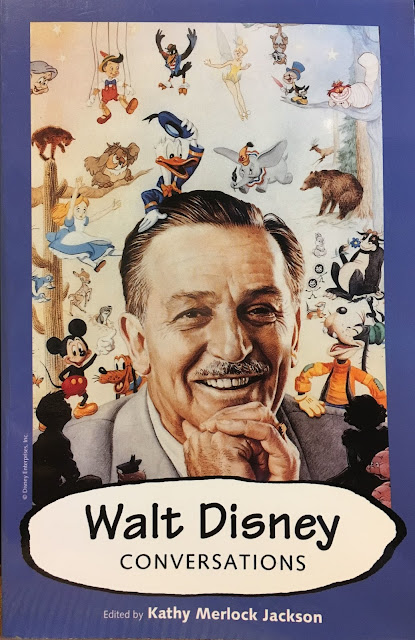 "Another ugly rumor is that we are trying to develop girls for animation to replace higher-priced men. This is the silliest thing I have ever heard of. We are not interested in low-priced help. We are interested in efficient help. Maybe an explanation of why we are training the girls is in order. First, I would like to qualify it with this--that if a woman can do the work as well, she is worth as much as a man.

The girls are being trained for in-betweens for very good reasons. The first is, to make them more versatile, so that the peak loads of inbetweening and inking can be handled. Believe me when I say that the more versatile our organization is, the more beneficial it is to the employees, for it assures steady employment for the employee, as well as steady production turnover for the Studio.

The second reason is that the possibility of a war, let along the peacetime conscription, may take many of our young men now employed, and especially many of the young applicants. I believe that if there is to be a business for these young men to come back to after the war, it must be maintained during the war. The girls can help here.

Third, the girl artists have the right to expect the same chances for advancement as men, and I honestly believe that they may eventually contribute something to this business that men never would or could. In the present group that are training for in-betweens there are definite prospects, and a good example is to mention the work of Ethel Kulsar and Sylvia Holland on The Nutcracker Suite, and little Rhetta Scott, of whom you will hear more when you see Bambi." (emphasis mine)